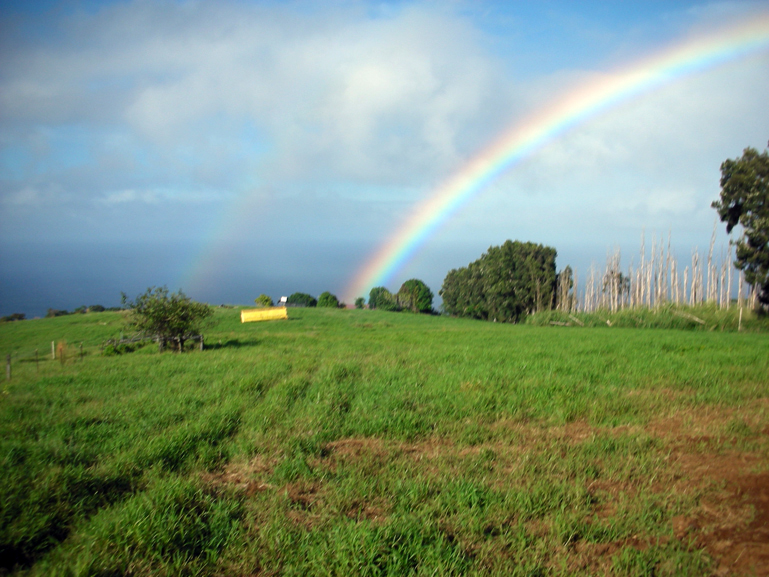 Ua Mau ke Ea o ka ʻĀina i ka Pono is Hawaii’s state motto. In English, it roughly translates to The life of the land is perpetuated in righteousness. From ancient times, the bond between the people and the land in Hawaii has been considered a sacred relationship. Man takes care of and gives to the land (‘āina), and the land nourishes man – body, mind, and spirit – in a never ending cycle.

In this modern age, many people are more disconnected from nature than ever, spending the majority of their days indoors. As a human race, we are seeing the effects of this lifestyle shift, with great numbers of people suffering from mental and physical health conditions like depression, anxiety, obesity, heart disease, and more. Could it be that we are missing a key ingredient?’

Common sense tells us that spending time outdoors being active is good for our physical health. Now, an increasing number of scientific studies are pointing to the mental health benefits as well. Both Stanford and Harvard University reported on a 2015 study that found time spent walking outdoors in a natural area, as opposed to a busy urban area, showed decreased activity in a region of the brain associated with a key factor in depression. Additional studies in this area are highlighted by Psychology Today. This budding field of scientific research and academic study is referred to as ‘ecotherapy’.

What is ecotherapy? Ecotherapy is the ability of interaction with nature to enhance healing and growth. This is not a new concept by any means. For millennia, humans lived a life deeply intertwined with nature. Our separation from our natural environment is a new thing, only a few centuries old, depending on what part of the world you hail from.

Looking back, the infamous Henry David Thoreau (1817-1862) might have been one of the first modern proponents of ecotherapy, although he didn’t have a fancy name for it. Writing from his remote cabin on Walden pond, Thoreau extolled the virtues of immersing oneself in nature and living a more simple life.

“We need the tonic of wildness…We can never have enough of nature.”  – Walden, Henry David Thoreau

Today, it appears we are beginning to come full circle, with medical doctors even jumping on the bandwagon to support spending time in the great outdoors. A 2015 article in The Atlantic on ecotherapy highlights an interview with Washington D.C. based Physician Dr. Robert Zarr who “prescribes” time in parks for his patients, just as he might prescribe medication. Dr. Zarr is not alone. He helped start the community initiative Park Rx, which is now in more than 150 cities in the United States.

Can Dirt Make You Happier?

A scientific study in the journal Neuroscience found that serotonin levels in mice spiked when they were exposed to the bacteria Mycobacterium vaccae found in soil. While this study has yet to be replicated with humans, if you’ve ever spent time with your hands in the dirt gardening, this might not sound so far-fetched.

Many people come to the Hawaiian Islands to connect with the natural environment and soak in their unique natural beauty. It’s a special place where you can unplug and take a break from the rat race. The Big Island of Hawaii, which is larger and less developed than other islands, offers an especially wonderful refuge for this.

With over 4,000 square miles of land, and dozens of state and national parks, the Big Island, or Hawaii Island, is an oasis for ecotherapy. It is also home to numerous sacred sites, including Mauna Kea, and the Pu’uhonua o Hōnaunau, or place of refuge. Many locals, long-term residents, and repeat visitors often speak about the island’s healing energy.

Kuwili Lani – A Sanctuary in Nature

Located on the lush Hamakua Coast, Kuwili Lani is taking a revolutionary approach to ecotherapy with a first of its kind sustainable development. Why settle for short excursions in nature, when you can live surrounded by it, and enjoy the benefits as a daily part of your life?

The Philosophy behind Kuwili Lani is simple: to use Hawaii’s beautiful natural environment as a vehicle for the well-being of residents. The property is surrounded by verdant beauty, with sweeping ocean views and thoughtful landscaping. For those that have a green thumb, or are keen on learning, each lot is designed with home garden space in mind. A perfect place to test out that study we mentioned earlier on soil and happiness!

Kuwili Lani is about more than just sustainable living, it’s about creating a sanctuary in nature that feeds body, mind, and spirit.